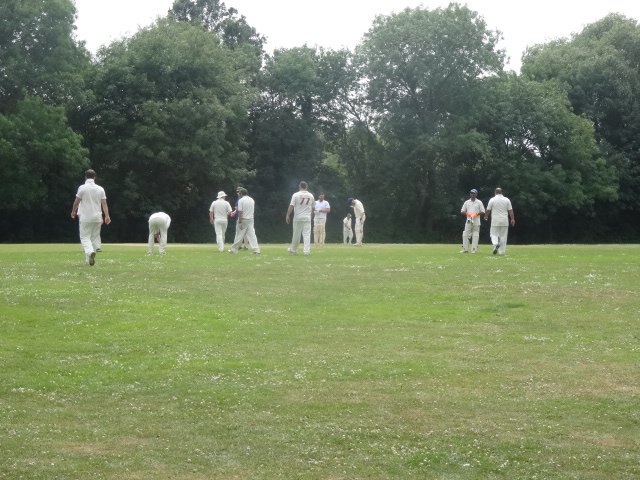 The Gentlemen of West London (Gents) are long-standing opposition of the Allstars. A thoroughly nice bunch of guys who give us a competitive game, this fixture is always a highlight of the Allstars calendar. So once again, 11 of us looked forward to our encounter with the Gents on a sunny afternoon at Allstars HQ in Barnes.

After winning the toss, the Allstars looked very comfortable with the bat for the first few overs. Dave Halladay in particular hit a couple of glorious strokes towards the boundary. We then fell into a bit of bother, losing three wickets in quick succession: Pete Cresswell being particularly unlucky with a solid forward defence generating sufficient backspin to put the ball on his stumps. Simon “Scratch” Begley, who had played one of the great Allstars innings when we first beat the Gents in 2005, and Farhan Aslam put together a decent partnership and seemed to look comfortable. However, as with previous games this season, the story of the Allstars innings was getting in but then getting out soon after.  Scratch fell for 25, LBW to Kumar; Farhan to a spectacular instinctive catch by Hemin Patel. 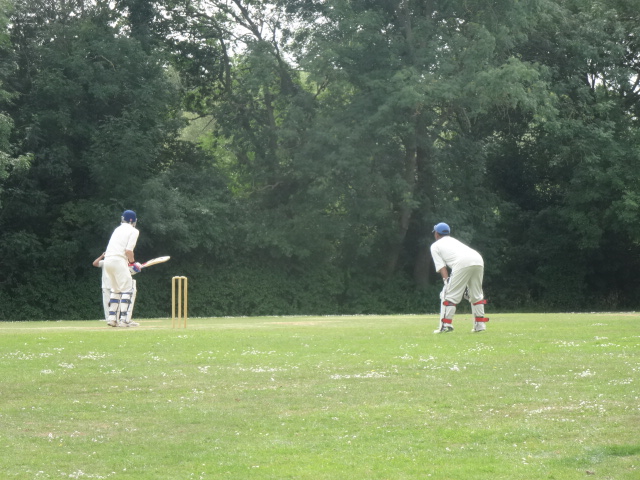 Allstars batting at our spiritual home

Out came Joe Silmon and Sirmad Shafique who both looked like they would hang around for a while. Sirmad in particular, following on from his impressive debut against the Heartaches, helped accelerate our run rate with a couple of boundaries before he was caught of Hemin Patel.  Sachin Singh, making his first Allstars appearance of the season, also made an impressive cameo appearance, but was bowled by Buck after also looking well set. With the tail failing to meaningfully wag, the Allstars were bowled out for 106, 9 overs short of our allocated 35. 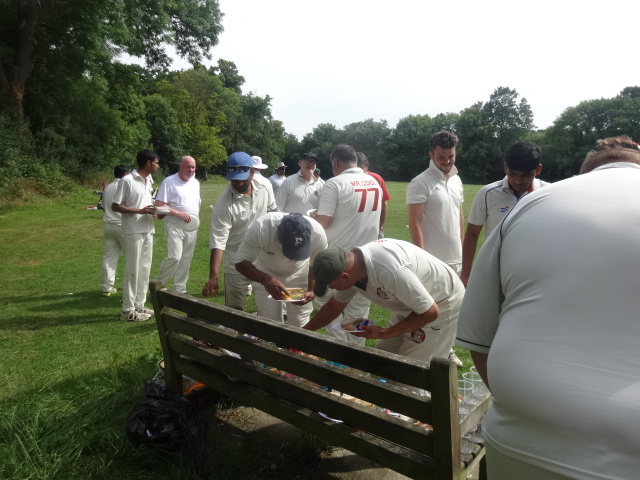 Allstars and Gents take tea – compliments to the chef!

After a splendid tea – a particular highlight being Pete’s chicken and sweetcorn sandwiches – we went out for a bowl, believing we still had an outside chance of winning the game.  Even when we’ve been bowled out cheaply against the Gents in the past, we’ve always fought like tigers and made them work for every run, and today was no exception.

Martyn Langridge and Haroon Khalid opened the bowling, providing a combination of pace and control. Wickets were hard to come by though and runs were coming freely, neither helped by the Allstars having an especially poor day in the field. Martyn eventually got the breakthrough by dismissing both openers, Buck being pinned LBW and Hemin Patel being caught by Scratch.  Martyn finished with an excellent spell of 2/26 from his 7 overs to give us a glimmer of hope. 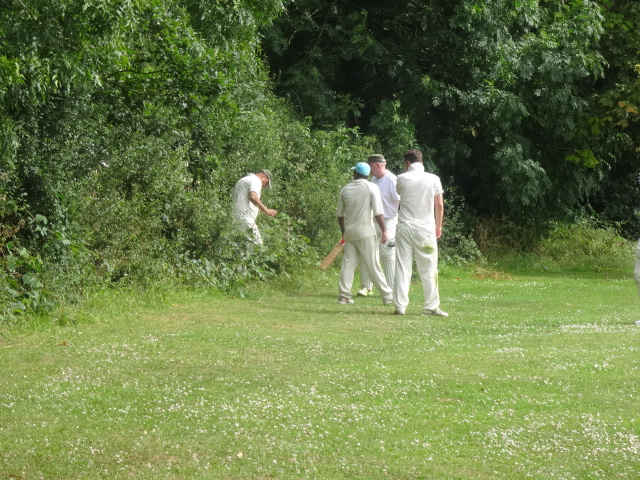 Sachin then came on and immediately proved a real menace with the ball, stemming the flow of runs.  I replaced Martyn and got another double break, bowling both Chatharaju and keeper Krishna.  Sachin continued to bowl tightly and picked up two richly deserved wickets in his final over, bowling both Newcombe and our old friend Mark Sciberras, to end his spell with a superb 2/14 from his 7 overs. Having been 68/3, the Gents were now 95/6. Could we pull off a spectacular comeback? 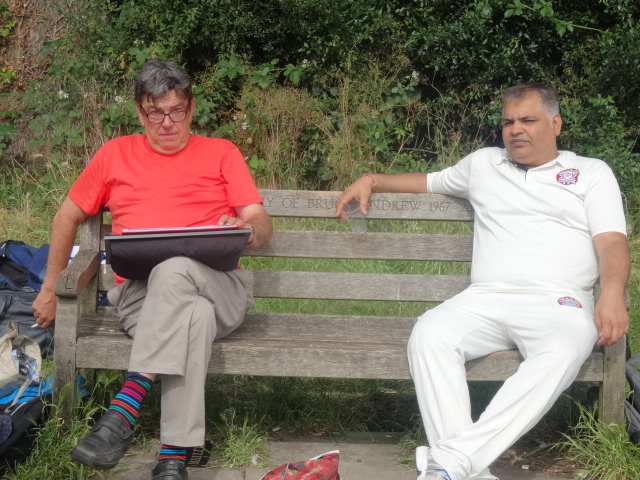 Despite the very best efforts of Joe Silmon and Haroon – both of whom were unlucky to finish wicketless – the final breakthroughs never did come. The Gents knocked off the remaining runs to win the game by 4 wickets and with ten overs to spare.

All agreed though that another 20-30 Allstars runs could have made things very interesting. Nevertheless, a very enjoyable day out in the sunshine with good food, good company from both teams, and some good beer in the Sun Inn afterwards.

Gents – a very happy 30th anniversary and hopefully plenty more games between us to come in the next 30!