The clouds (possibly briefly) cleared from the soggy 2019 English early-summer countryside on Sunday; and instantly over 1 billion television viewers globally found themselves glued to cricket on TV. But enough about that one-sided game in Manchester… 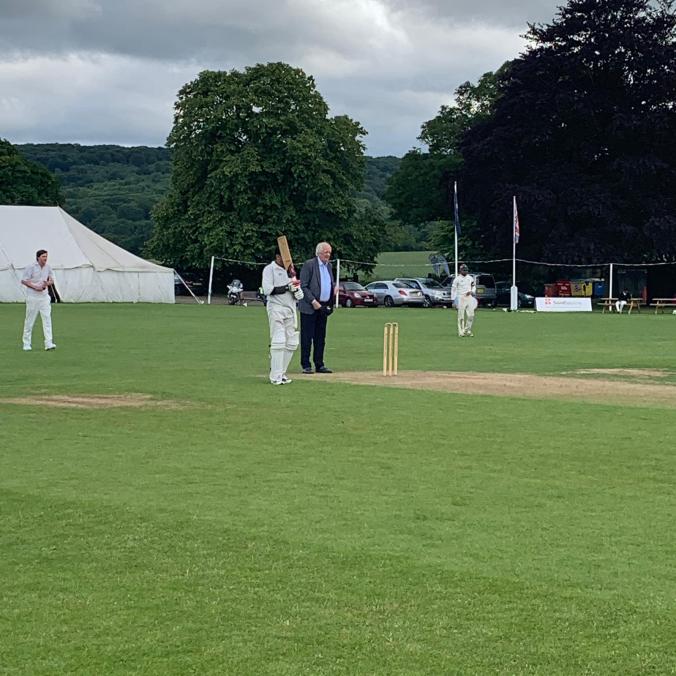 The Allstars instead made the trek through the Chilterns to gloriously scenic Aston Rowant, where we were greeted by a lush, vast outfield and a nice looking pitch. Suitably for Father’s Day, we had a selection of future Allstars from the Haddow-Allen-Foster and Chadwick-Burgin clans spectating on the sideline. 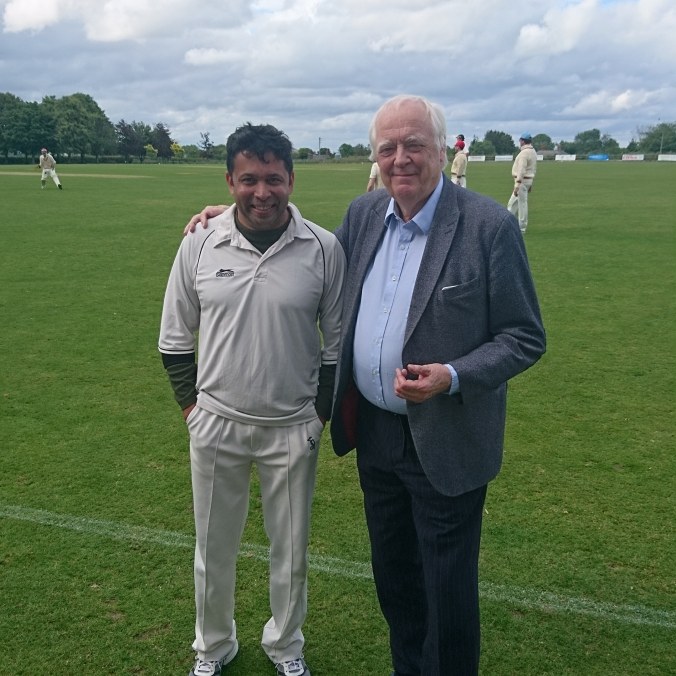 Upon winning the toss, stand-in skipper Cresswell noted the absence of regular Allstars’ nemesis Torquil Riley-Smith from the Heartaches’ team sheet, and opted to bowl in the hope that the ominous overhead cloud would provide some swing. In Sir Tim Rice’s (playing) absence Heartaches’ stand-in skipper Joe Cohen opened the batting with Adie Fox and the pair began briskly against some solid seam from Sam Perera and debutant Shanmugan. 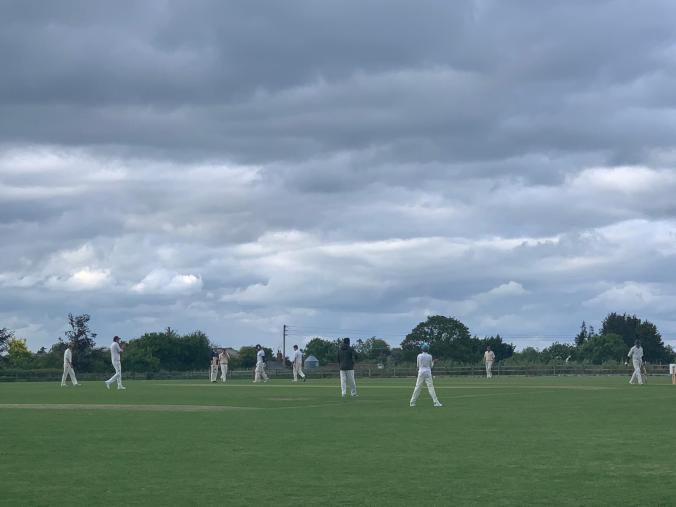 The introduction of Joe Silmon’s wily leg spin from the western end in the 10th over slowed the scoring rate, and Joe got a deserved breakthrough in his second over as Fox skied a drive which Anthony Foster at cover held on second grab. One wicket quickly brought 2 as in the next over Stoneham drove Foster to mid-off where our second debutant Jagath Dasari took a superb catch. Big fella Wilson was troubled by Joe’s flight right from the start, and Joe continued his excellent spell by bowling him around his legs in the 16th over. At 95/3 the game was looking a bit more even. 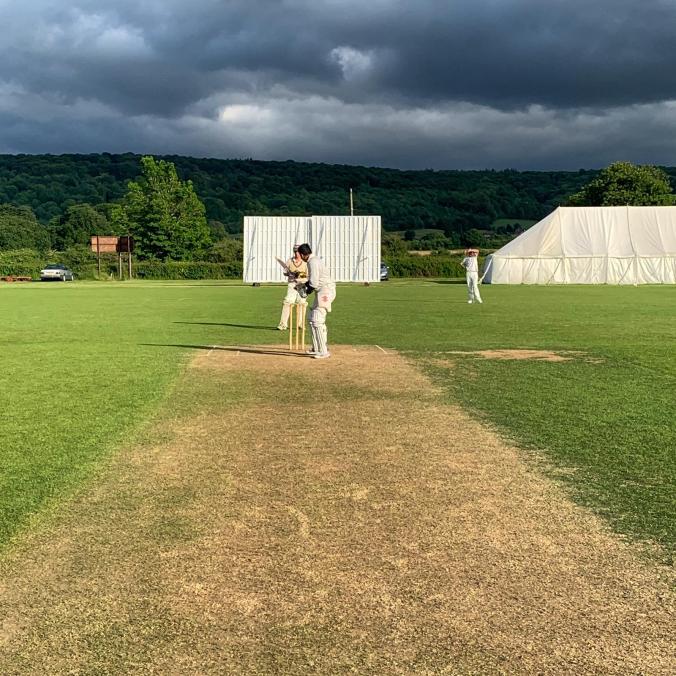 Jagath only knew he was making his debut on Sunday morning, but he continued his fine introduction to the Allstars as he took up the attack with an excellent spell of quick bowling that forced watchfulness from Cohen and Jordan Frieda (one of three J. Friedas in the opposition ranks). They weathered this storm and built an excellent partnership, with quick 1s, 2s & 3s on the big ground pressurising the field as the local Red Kites circled above. Garreth Duncan made a welcome return with the ball, and some tidy bowling from Vivek Seth at the other end helped keep the scoring rate somewhat in check, but Cohen completed a superb ton powering Heartaches to an imposing 243/3. For the second match in a row the Allstars had no dropped chances – investigations are ongoing as to whether this is a record. 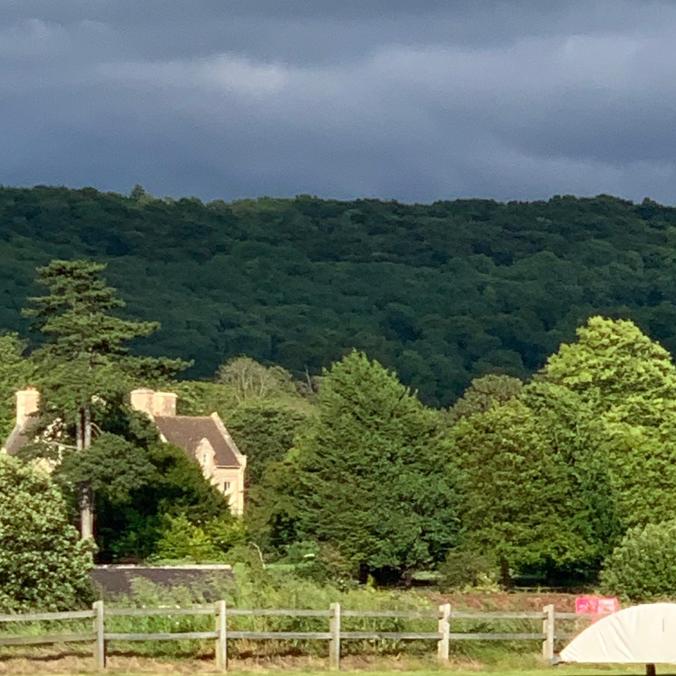 After the (as usual) excellent tea provided by Heartaches (though Maxie might be a little disappointed that there were no roast potatoes this time), Cresswell and Felix Allen strode out to begin the Allstars’ reply. Things initially looked good with Cresswell reeling off a cover drive in the first over. However Felix missed a slow inswinging yorker from Edington in the fourth, and trudged off to be greeted by his 3-year-old son Ned’s refrain of “Daddy doesn’t need his bat any more”. 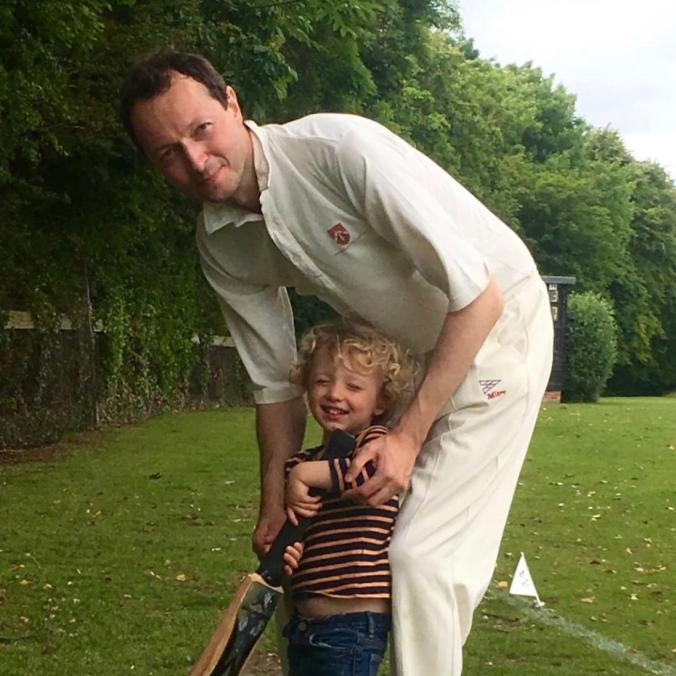 Skipper Cresswell followed shortly after attempting another cover drive – but this brought together Sachin Singh and Sam Perera, who had the chance to meet Sir Tim during the innings break. The partnership was beginning to look promising as Sachin went on the attack and found the boundary with some sweet shots – but it was to end with the score at 40 when Jordan Frieda yorked Sachin for 22. 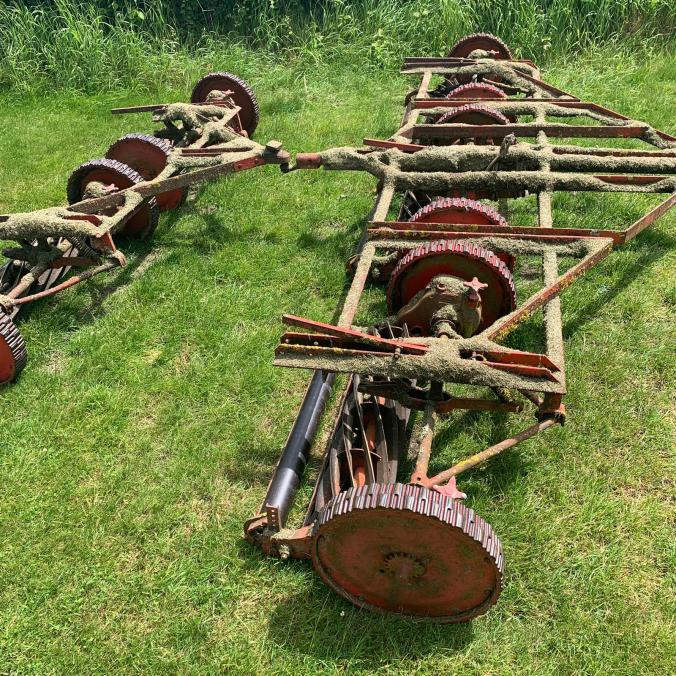 A calling mix-up and a direct hit soon accounted for Foster. The all-rounder trio of Shanmugan, Perera, and Dasari all perished trying to accelerate which left the Allstars reeling at 81/7. But our resistance was not yet broken, as Thales colleagues Dharani Ronanki and Joe Silmon set about the Heartaches’ change bowlers in fine style. They had added 39 in 38 minutes as we reached our highest total of the season. But it was the Heartaches’ man of the day, captain Cohen, who was to finish the job for his side. He brought himself on to bowl his quick off-breaks, and, clean bowled Dharani and Garreth off successive balls. Sir Viv survived the hat trick ball, but not the following one which ended the match. Joe was left stranded on a valiant 19 not out. He’s become a real fixture in the Allstars over the past couple of years, and we’ll miss him when he shortly leaves these shores to take up his dream job for Deutsche Bahn. 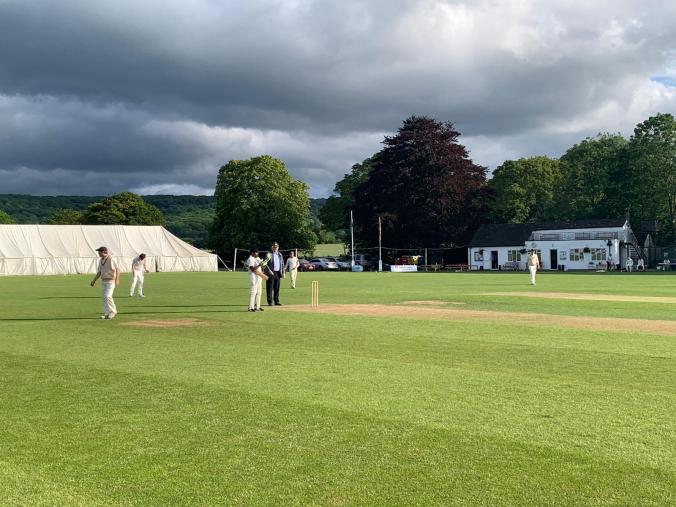 All in all, another pleasant day out at a lovely ground, despite the result. Thanks go out to the weather gods, who sent a lot of spectacularly dark clouds around the ground, to Nick Chadwick and Paul Burgin who cheered from the sidelines after Nick delivered 4 players and kit to the ground, Joe who got a bunch of players and kit back into London, Jagath who stepped up to play on the morning of the match, and young Amy from Aston Rowant CC who sub-fielded for the first 2 overs while Viv battled traffic – she has a handy throwing arm too. Next week sees us return to the capital, as we meet our old friends the Gentlemen of West London in Perivale.