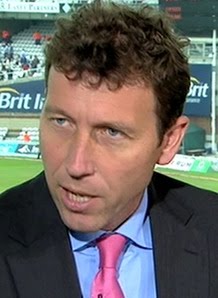 The end of the 2010 Dordogne Tour inevitably heralds the beginning of speculation as to who will be selected for the Allstars 2011 Tour squad. So we asked Michael Atherton, writing exclusively for the Allstars Blog, to give his views on the 2010 tourists’ chances of selection for 2011:

James Hindle: The never popular Hindle probably did enough on the field to warrant selection next time around.

Richard Stephenson: The Rocket fired once again, and can be assured of a place next year.

Paul Bowman: An all round disappointment. This was the third Tour in a row on which KP had to be carried by the rest of his team. He is rapidly turning into the Alistair Cook of the Allstars. What does he have to do to get dropped?

Paul Nicol: That guy performed admirably on the field and can start packing his bags now.

Garreth Duncan: No one doubts that his on-field performances earned GD a place on the 2011 Tour. The key question is: will married life limit his availability?

James Abrahams: The controversial Abrahams is a certain pick for 2011, as Maxie knows that legal proceedings would be initiated immediately if he were omitted.

Sqn Ldr Robert Jackson: Took the aerial route this year, to great effect. A likely pick for next year.

Ben Hampton: Lusty blows, aggressive bowling, and attractiveness to the ladies are all qualities that Maxie admires. Expect him to be picked for next year if he makes himself available.

Ian Bell: A controversial omission from the final squad, his chances of selection for 2011 will depend on how he performs in Australia this winter.

Vivek Seth: Made himself indispensable by captaining the side to victory against Eymet and taking a hatful of wickets.

Jon Hautot: The issue here is whether Jon will continue to be mired in betting scandals by the time of next year’s tour. It also won’t have gone unnoticed that he scored far more runs with the bat after a sharp crack to the head.

James Morgan: Will he be able to leave his sofa?

Nicholas Chadwick: Chadders’ contributions to the local nightlife are an essential part of any Allstars tour. As the only tourist to get into anyone else’s trousers this year, a return is likely.

Maxie Allen: The skipper – it wouldn’t be the Allstars without Maxie.

Jacques le bus: No. Just no.

One thought on “Athers’ views on 2010 tourists’ prospects”